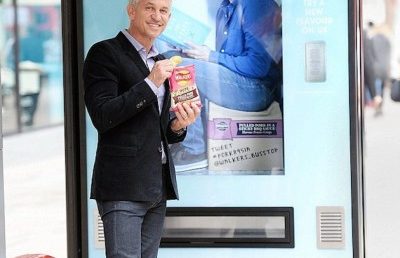 La chronique de Mark Tungate: When the machine is the story 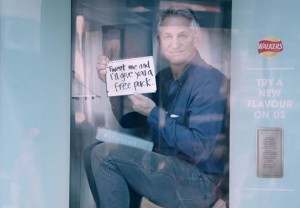 A few months ago I stood in TBWA’s Belgian office staring at a Pepsi vending machine. Not unusual, you might think, to see a drinks machine in a work environment. But this one had actually been designed by the agency. I pulled out my smartphone, found Pepsi’s Facebook page and “liked it”. As I did so, the machine rumbled into life, dispensing a free can of Pepsi. In the advertising world, vending machines are in vogue. The trend can probably be traced back to Leo Burnett’s award-winning version for Coca-Cola. “Small World Machines” involved installing two Coke machines, one in India and one in Pakistan. They were equipped with cameras and touch screens allowing eye contact and physical interaction, bringing the divided communities closer together.     Since then, the vending machine craze has only gotten bigger, to the extent that the last edition of The Epica Awards included a Creative Technology category to reflect the trend. Among the entrants was a fridge dispensing Molson Canadian beer – but only to those who scanned their Canadian passports. Meanwhile, Canadian bank TD dispensed gifts – such as tickets to Disneyland for a hardworking mom – to some of its most loyal customers via a couple of converted ATM machines. Once again, Leo Burnett was the name behind the innovation.     Similarly, with the help of the agency Fortune Promoseven, Emirates NBD bank turned its cash distributors in Dubai into “culture vending machines” so expats in the country could learn more about local culture. Depending on whether they chose “language”, “music” or “attire”, users received an audio-visual lesson and a treat.     The trend is global. Typical British humour was on show in a variation on the theme for Walker’s Crisps, created by AMV BBDO. The brand’s ambassador, former soccer star turned broadcaster Gary Lineker, had apparently camped out in a dispensing machine at a bus stop. Send him a tweet and he doled out a free packet of crisps. Of course it was simply a clever interactive video, but the effect was droll and lifelike.       In the Ukraine, a mineral water vending machine was combined with a piano. You needed musical skills to quench your thirst.     Not had enough yet? Here’s the recent “Think” machine, created for Volkswagen by DDB Russia. As a way of drawing attention to the auto brand’s environmental initiatives, it essentially converts old batteries into currency. Since a single battery can pollute 20 square metres of earth, this is a big deal. Users could simply pop their spent batteries into the machine in return for earth-shaped juggling balls and other gifts.       It remains to be seen whether the trend has peaked. But it’s also part of a wider evolution within agencies, which are employing creative technologists to experiment with a range of gadgets, from wearable devices to responsive outdoor installations. And many of these, of course, are linked to phones and social networks. The ability to source data and encourage customer loyalty makes them an attractive proposition for clients. At the end of the day, though, the trend may be less avant-garde than it looks. These machines are fun, but they’re often what Hitchcock described as a “McGuffin” – a device whose purpose is to set a story in motion (the stolen secrets, the fabulous diamond, the missing fortune). In the advertising world, the final result of all this technological tinkering is often a film. Perhaps a viral film created for YouTube, but a film is a film – still one of the most effective ways of grabbing attention and spreading a message. The machines are basically story magnets. And happily for us all, a good story is still a good story.   Mark Tungate is editorial director of The Epica Awards and author of several books about advertising and branding.